← back to
Whirlwind Recordings
Get fresh music recommendations delivered to your inbox every Friday.
We've updated our Terms of Use. You can review the changes here.

An Intro to Escape Hatch 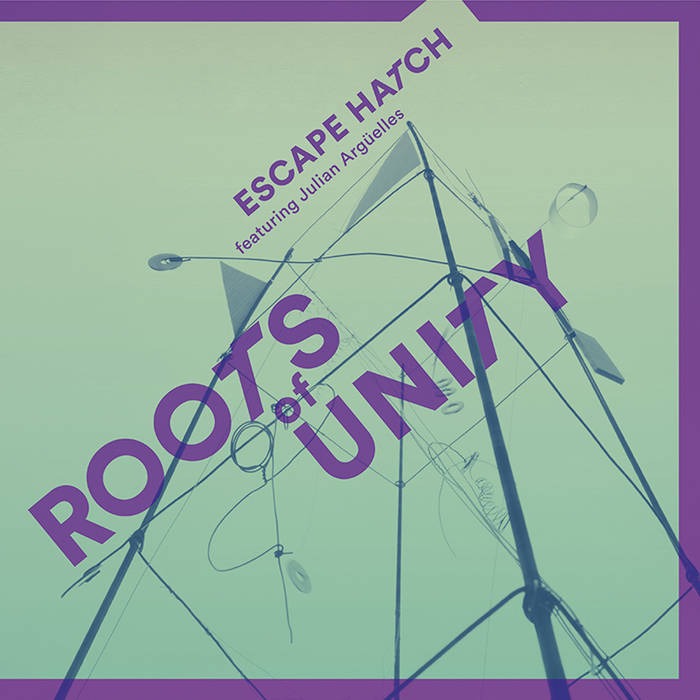 Rob O. Fans of Phronesis should love this album! They have that contemporary, angular style in the same fashion. The fact that Phronesis pianist, Ivo Neame is a key member in this outfit is an essential part of their sound. When I've listened to the entire Phronesis discography several times and feel the need to hear something new, this album fits the bill. Love it! Favorite track: La Strega.

A piano trio who have been honing and roadworking their craft over the past few years, Escape Hatch now release their debut album Roots of Unity on Whirlwind. A collaborative concept birthed by Milan-born double bassist Andrea Di Biase and British pianist Ivo Neame, the line-up is completed by London-based drummer Dave Hamblett, and augmented by guest saxophonist Julian Argüelles.

With a particular focus on the aesthetics of longer, progressive compositional outcomes – affording the freedom for elaboration through melodic development, harmonic color and extended improvisation – Escape Hatch’s searching, artistic alliance reflects their core intent: ‘a tribute to the power that music has to transport listeners and performers to the antipodes of the mind.’ That said, the original, individual writing of Di Biase and Neame flows both lyrically and connectively, presenting an overarching accessibility which belies the elemental complexity and underlying logic of its construction. As Di Biase explains: “One of the beautiful aspects of this band is that it is a fertile environment where we are willing to explore new ideas; to let go of a composition and allow it to grow at the hands of the performers. And when we find solutions to the various challenges (where you start feeling it in your body), a ‘eureka moment’ is reached. It’s that discovery process we’re always looking for.”

Echoing Escape Hatch’s creative bond, as well as offering a defiant response to current political divisiveness by reaffirming what we share as human beings, Roots of Unity also strongly reflects Di Biase’s interest in mathematical concepts in relation to music – specifically, the strength in a complex number being derived from the figure ‘one’.

But whatever connection is made, this is an album whose integrity and finesse shine out, the bustling energy of ten-minute ‘Hysterical Revisionism’ also revealing the band’s openness through Di Biase’s sonorous perambulations and Neame’s pianistic impressionism. Arguelles’ authoritative invention is present in four tracks, swelling such buoyant outings as ‘La Strega’ and ‘Moon Bathing’; and ‘Today, Tomorrow, Never’s’ questioning demeanor (a poignant commentary on migrants’ struggles for a better life) becomes enhanced by the tenorist’s characteristically mellifluous delivery.

The trio itself is many-hued, from the angsty bass attack of ‘Resignation’, through the multifarious textural levels of title track ‘Roots of Unity’, to the pensive weave of ‘Dust and Moonlight’ (a title taken from a line in American illustrator Don Hertzfeldt’s animation Everything Will Be OK); and miniatures ‘History Repeating’ (based on the opening number) and ‘Common Multiple’ (subtly reconfigured from the title track) create a compositional illusion, changing the perspective of what has gone before.

As an album, Roots of Unity possesses a conventional piano trio immediacy, with an enriching saxophonic fluidity – yet it has also been purposefully conceived, with artisan-like ingenuity. Andrea Di Biase confirms what it means to finally divulge their work: “As musicians, we have matured together over the years, so now feel ready – and are excited – to present it to a wider audience.”

"The lovely thing about this band is its ability to stretch out and create all kinds of emotional colour, passionate drive and diversity of artistic interest."
London Jazz

"​T​here's a holistic feel to these compositions, all of which are sensitively imbued with depth and emotion​.​​"​
★★★★ All About Jazz

"Roots of Unity represents an impressive début from Escape Hatch. The music is inherently accessible and approachable and even at its most complex the group sound is never overly heavy or difficult. [Argüelles] is genuinely world class and he adds hugely to the success of an already impressive album."
★★★★ The Jazz Mann

"A rewarding listen, not only for the group cohesion but also for the chance to hear Argüelles and Neame stretching out in solos."
London Jazz

The Whirlwind Artist Page for composer and pianist Ivo Neame.

"Neame has a restless imagination as an improviser."
★★★★ Marlbank

Bandcamp Daily  your guide to the world of Bandcamp